I am sure most of you can remember a time where choosing a TV came down to ” Plasma TV vs L.E.D TV “. At one point this would have been a really important decision and it wasn’t always clear who was better or why you would pick one side over the other. Yet when the dust had settled and the scores were in, plasma had well and truly lost. But why did it loose? There are a lot of reasons, and far better people than I have explained them in detail. But I think I can sum up the main reason in one sentence. Plasma just isn’t sexy any more. Ok…maybe I need more than one sentence to go into WHY Plasma TV’s have lost their edge, but I think that by the end of this article you will agree with me.

Plasma TV’s don’t have curves in all the right places!

Just before plasma tanked, another new tech fad was taking the TV world by storm: Curve TV’s. Even though curves have started to vanish from our shelves (click here for more details) their short lived popularity was enough to sway a lot of people towards L.E.D screens. The problem is that Plasma TV screens can’t be bent like an L.E.D, and with the public choosing curves suppliers started to choose curves as well. This meant that Plasma slowly but surely began to decline and L.E.D started to boom.

Plasma Tv’s have a size cap and could only come in certain sizes. I have no doubt that would have changed as the technology progressed, but when L.E.D was so much more versatile why would companies invest in developing an “old” tech.  Plasma also had a habit of being bigger in the wrong places! With flat screens getting thinner and thinner, with most just having a thin outline around the edge, it’s not surprising that the slightly wider back made it look….old.

That brings us on to our last point. Plasma TV’s are seen as an “old” tech, an image that shows no sign of going away. The early versions suffered badly from “ghosting” or screen burn, where an image like a logo that was on the screen for hours, would cause a “ghost” image to stay there. This is what most people think about when they think plasma! On top of all that plasma TV”s cost more to manufacture than L.E.D’s and when 4K became a thing manufacturers just couldn’t make 4K plasma. So overall there just weren’t enough good reasons to use it. Will it come back in the future? Maybe, but I certainly don’t think that will be any time soon. So for now I feel safe in goodbye to Plasma and hello to 4K. 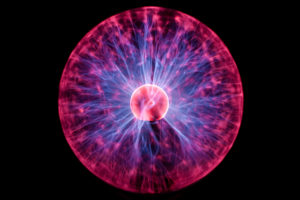